London has long been the most popular destination for tourists from outside the UK. And even if you’re a native of these islands looking to take a break somewhere; London will surely rank highly on any list of prospective destinations.

Let’s take a look at some of the destinations that visitors to London should consider mandatory, starting with the city’s most famous landmark.

The palace of Westminster is perhaps the most famous structure in the entire capital. It’s where you’ll find the two houses of the British parliament – the Commons and the Lords. For ceremonial purposes, the palace is a royal residence. Parliament has been meeting on this site since the 13th century, and visitors here will be able to view a session in the commons, or take a guided tour of the tallest clock tower – where they’ll find the largest bell, Big Ben.

Prepare beforehand on finding a rental in London that is going to be closer to all these places you’re going to visit.

Westminster Abbey is just a short walk westward from the palace of Westminster. It’s where British monarchs tend to be coronated and buried – a purpose it’s served for centuries. Despite its name, Westminster Abbey isn’t technically an abbey, or, for that matter, a cathedral. Since 1560, it’s been officially designated a Church – specifically the one responsible directly to the head of the Church of England, the reigning monarch.

The London eye is an enormous Ferris wheel which sits on the banks of the Thames, providing those who take a ride with an incredible view of the city from on-high. It’s open daily between 11am and 6pm, and provides up to two-dozen people per pod with a chance to see the city – provided that they don’t weight more than ten tons between them.

This Anglican cathedral is the seat of the Bishop of London.It sits on the highest point in the city of London, and its dedication to Paul the Apostle dates back to the first church to be built on this site in the 7th century. The present building was completed in the early 18th century, and displays an attractive baroque style – with its distinctive dome being the centrepiece.

This famous building was constructed in 1066 by William the conqueror.For the vast majority of its life, it served as a prison, and it was expanded upon several times during the 12th and 13th centuries. It’s in this building that the crown jewels are stored – so if you’d like to take a look at them, a visit here is mandatory.

This is the royal residence, where British monarchs have been living since the time of Queen Victoria. The current building has been built around a large townhouse built for the Duke of Buckingham at the turn of the 18th century – but since then it’s been made a great deal more elaborate. It’s a continual draw for tourists, who you’ll find crowded around the front gate at all hours of the day. 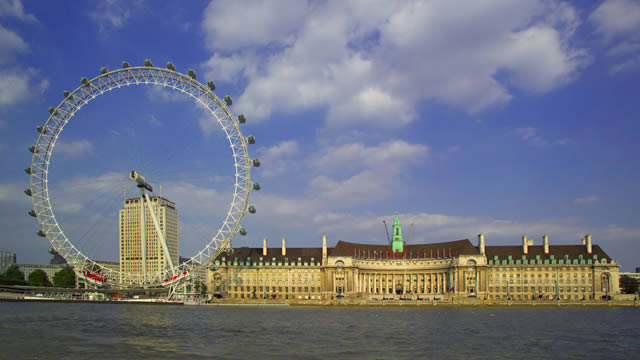 London simply wouldn’t exist as it currently does without the river flowing through it. If you’re looking to catch a glimpse of the Thames up close, then river Thames cruises represent an excellent means of doing so. You’ll be able to enjoy a meal while floating along the river, and obtaining a new perspective on the capital and its many bridges. If you’re planning a special occasion, it’s especially suitable; as London Wedding Reception Venues go, it’s difficult to beat.

You’ll find this museum in the Bloomsbury area of London.It’s dedicated to history, art and culture, and is one of several major museums in the capital (with the notable other being the Natural History Museum). The British museum was established in 1753, and should be considered a must-visit by anyone with the remotest interest in history.

If you’re fond of animals, then you’ll obviously want to pay a visit to London Zoo, at the northern edge of Regent’s Park. This zoo holds the distinction of being the first scientific zoo, and of opening the first reptile house, aquarium and insect house in the country. There are lions, tigers, and gorillas to take a look at – along with a host of other animals.

In Shakespeare’s time, plays were performed in an altogether different setting to that which they currently are. This building, modelled after the original globe building, seeks to replicate that environment. You’ll find it on the southern bank of the Thames, in the borough of Southwark.If you’re a lover of theatre, then a visit here should be considered mandatory.

5 Things You Must Know Before Trying Out Cannabis Edibles